What is effective goal setting?

Fact: 90% of people that set exciting, substantial goals to improve important areas in their life fail miserably and quit on their dreams inside the first three months into their goal plan.

Fact: 10% of people from a variety of socioeconomic backgrounds, often coming from absolute poverty or struggling middle class families, set the same kinds of transformational, life-changing goals. They not only achieve their initial goals, but they then go on to exceed them and live a fuller, more satisfying life that is enriched in every way.

When you achieve substantial goals, you open the door to a brighter future for you and your family. Achieving your goals creates a bulletproof level of self confidence and boosts your belief in yourself. This helps you create a wealth of new personal and economic opportunities for you to pursue life on your own terms.

During my formative years. I was bullied a lot at school; primary, intermediate and college. I suffered many insecurities about myself, both my self confidence and self esteem were flat-lined. I became determined to improve my character and develop personal courage and belief in myself so that I could feel better about my life.

Consequently I would set goals to learn and develop new skills to improve my life, but i would fail to achieve my goals. This happened a lot during my teenage years.

I started reading many books on the subject about how to improve personal performance and the power that your mind has over your body in regards to governing your level of mental focus and physical abilities. I became fascinated with the science of improving personal performance.

A light bulb went off in my head because in that moment, I realized the real reason my friends and I failed to achieve our set goals was not because we were lacking the physical DNA to be successful or star performers, it’s because our varied goal setting methods were completely ineffective. We were all setting goals using our own methodologies and none of us really knew what we were doing.

This marked the turning point for me because i became determined to double my efforts to uncover the essential steps of effective goal setting.

It’s not enough to follow one or two steps of goal setting. You’ve got to know and follow all the steps of effective goal setting to the absolute letter if you want to achieve substantial goals. It’s all or its nothing! To quote from Karate Kid the movie, “Nature rule Daniel son, not mine”.

And to be honest, it became my biggest obsession in the days before the internet to visit libraries in my spare time and buy loads of books on the subject of mind power and goal setting.

The more I read, the more I understood that yes, the methodologies were by different authors, but the essential steps were always very similar. I also realised that by the time I had read my twentieth book on the subject, I was closing in on establishing the key list of effective goal setting steps that I needed to follow to supercharge my goal setting. Steps to get my mind, body and spirit in agreement to take bigger and bolder actions and achieve my life’s most ambitious goals.

I began rewriting my goals. This time, I followed all the steps i had learnt from my studies. Results began to happen! I stayed on track for longer and longer periods of time, and achieved goals I had otherwise felt were out of my reach. I still had goal failures but not nearly as often.

Now I knew that I was on the right path. I became positively obsessed with refining my effective goal setting process and wracked my brain to discover essential critical steps that were still missing from the methodologies that I had read, or the authors were hesitant to put into print.

I will spare you the ten thousand hours of research, study and leg work that I went through and simply say, “Eureka!” I discovered the missing steps that you must incorporate into effective goal setting to allow you to supercharge the effectiveness of your goal setting program.

What’s the difference between the 90% that consistently fail to achieve their goals, and the 10% that overachieve and go on to realise their wildest dreams?

The answer is that the successful ten percent of goal setters either discovered the secret techniques to effective goal setting, or someone taught them how to do it. It really is that simple.

Learn the secrets that the successful 10% of goal setters use from all walks of life to not only set powerful exciting goals, but also become energised to follow through and achieve your prize then you can positively transform every area of your life.

Fact: Successful people understand and appreciate that there is a tried and trusted formula for effective goal setting that requires a much deeper thought and action process than most people are willing to commit to.

If you start setting half-arsed goals, just stop. You are wasting your time. A goal that is set half-arsed doesn’t even produce a half-arsed result. Instead, the act of goal setting becomes so mundane to your central nervous system that it fails to fire up your brain’s neurons and synapses. When that happens in life, you’ve hit motivational, inspirational and creative rock bottom!

Most people are too distracted by everyday goings on to realise and they keep digging deeper into the same old uninspired (soul crushing), negative thought and unhealthy reaction patterns. I salute the mavericks and the black sheep among us that harbor fresh dreams and ambitions. Those that aren’t afraid to strike out alone against a system that very rarely rewards individualistic thinking or maverick behaviors. The meek will never inherit the world (that’s just a great way to ensure that economic slaves are kept in line by their corporate overseers). The people that will inherit this new world (the decade of 2020) and beyond, will carve out their own niches by developing mastery in their chosen fields of excellence. Mastery of their musical instruments, singing, songwriting, developing a world class artist brand. As providers of unique, sought-after products and services. Cheers to the mavericks and black sheep the independent thinkers. You already know who you are.

So what’s stopping you from taking on the world and achieving your music mastery dreams?

Lack of self confidence, fear of failure and doubting your musical abilities, or perhaps you have a gap in your musical skill set where you haven’t quite got your playing skills to that level to take on the world?

If you are experiencing one, or all of the above performance road blocks, I can help you by teaching you the secrets of effective goal setting,

Together, we can sharpen your alignment between your mind, body and spirit to supercharge your self confidence and become an unstoppable musical talent and realise your musical dreams.

Yes, you can go online and do the research yourself on YouTube or Google, but the odds are 99 thousand to one that you won’t find any one article or articles that include all the essential critical steps for effective goal setting in one place at one time.

My RVR Effective Goal Setting programme is the culmination of 10,000 hours of goal setting and personal performance research (as it applies to musicians and creatives) condensed down into a KISS format (Keep It Simple Stupid). My programme is street-tested and it works.

By the time I was 25 years of age, I had already worked with my favourite hard rock artists and bands. I accomplished that particular dream inside of two weeks of been in Los Angeles, California. It blew my mind how easy it had been to achieve my initial music career goal by following the steps of effective goal setting and I quickly discovered the power that I had at my fingertips to make bold, audacious dreams come true.

Here’s the “No BS”: 90 percent of people fail to achieve substantial goals because they follow some of the basic steps of goal setting but aren’t aware of the critical steps that they need to take to turn wishy-washy goals into powerful, executive commands that recruit and capture the imagination of their entire mind, body and soul.

So if you find yourself making little or no progress towards achieving your life’s most exciting goals, it’s because your goal setting method (or lack of) is self-sabotaging your own progress.

I can literally save you days, weeks, months, years of performance frustration and put you on the shortest path to achieving your music performance and/or life goals.

If you want to learn more about the correct methodology for effective goal setting, drop me a line. 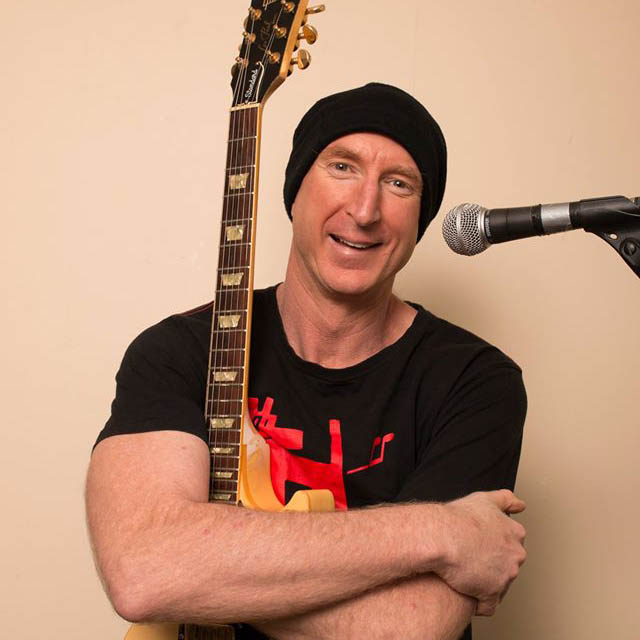